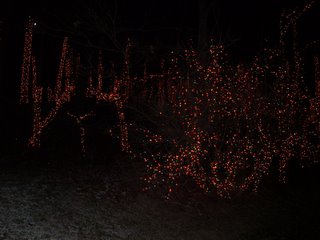 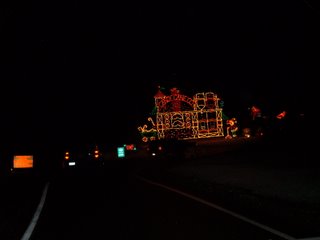 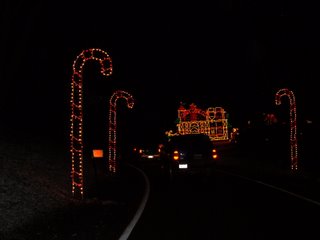 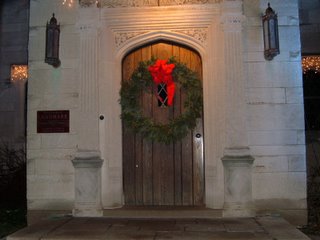 After enjoying dinner at the Spaghetti Warehouse in the Strip District in Pittsburgh Kim, Hannah, and myself drove through the light display at Hartwood Acres tonight. We were treated to an awesome display of lights throughout the 3.2 mile drive through the park. Even though it is 2 weeks past Christmas, the cars were bumper to bumber! It is obvious that it took an incredible amount of work to ready the park for such a display and judging by the amount of cars we noticed the display is well received.

My Aunt Joan told me that many people think the display is better than the display in Oglebay, WV. As mentioned in the brochure that we were given at the end of the display it stated that the display draws in visitors from over 300 miles away. The display contains over 2 million lights.

The fee of $10.00 a carload is well worth it, since this money is donated to local charities in the Pittsburgh area. I took some pictures that I posted above but the quality of the pictures were not that good due to them being taken at night and do not truly capture the true beauty of the lights.

The display is on until for 1 more week until January 15 so go see an awesome light display while at the same time supporting some local charites. My family will definitely make it a yearly event from now on.

The Celebration of Lights at Hartwood is definitely more impressive than the Oglebay Festival of Lights. Snoopy and friends need to move to Hartwood.