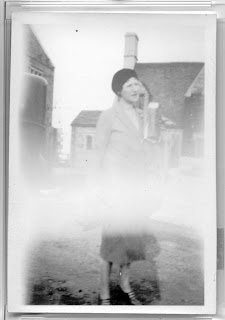 Not a very good photo of Mary near the mansion. 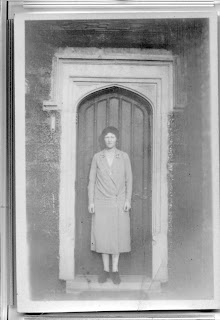 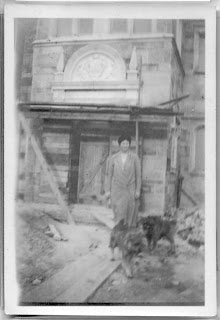 Mary at the front (actually rear) door of Hartwood - notice the dogs, the temporary door and scaffolding! 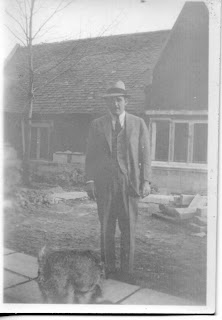 Here is a photo of Mary's husband John W. Lawrence with one of the dogs in front of the mansion under construction.

Hello Friends,
Dad was cleaning out his garage last week when he found some more Hartwood pictures taken when Hartwood was being built. They show some neat shots of Mary Flinn Lawrence and John Lawrence in front of the mansion when it was being built! I scanned these photos in tonight; they are the same size as the previous photos that I posted - about the size of a baseball card and are in really great condition since they were taken and developed around 1925-1927.
I have other pictures to post as soon as I get around to them - enjoy!
Jeff Lawrence
Posted by Jeffrey Lawrence at 8:56 PM No comments: