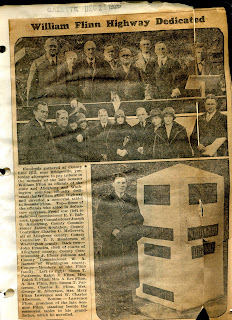 Article on the dedication of the William Flinn Highway (Route 8). The last time I was in Pittsburgh I noted that there are still some highway signs spelling "Flinn" as "Flynn". Wake up PennDot and replace the misspelled signs! 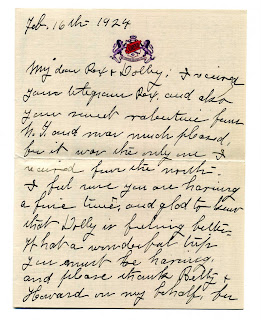 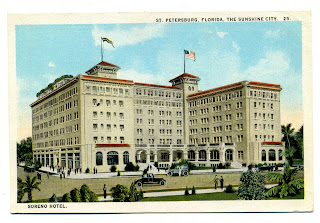 Postcard of the Hotel Soreno in St. Petersburg, Fla. This is where Senator Flinn passed away on Sunday, February 19, 1924 after a short battle with a bronchial infection. He had gone to this Hotel to plan his 50th wedding anniversary party with his wife Nancy Flinn. Senator Flinn sent this postcard 1 week prior to his passing. The hotel was vacant for several years in the 1980's and was eventually torn down in the early 1990's. 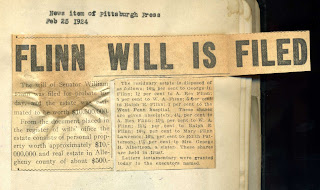 This is a scan of a newspaper article detailing the filing of Senator Flinn's will. Senator Flinn had assets at the time of his death of app. $10,500,000.00. Mary Flinn Lawrence used her portion of this inheritence to build Hartwood Acres.

This is a scan of a letterhead from Booth & Flinn Construction listing the 3 Flinn brothers as office holders in the company.

I wanted to share some articles of Senator Flinn's passing that were given to me by a friend of our family. The articles were pasted into a leather binder and the binder was kept by A. Rex Flinn, one of Mary Lawrence's brothers. The newspaper articles about Senator Flinn's passing and letters from mourners are all in excellent condition from 1924 and I want to include some of them here for everyone to see. I have scanned and archived the entire binder (over 180 sheets) and have been using the scans as research for my book. Enjoy - Jeff L.
Posted by Jeffrey Lawrence at 10:29 PM